On November 12, Disney launched its long-awaited streaming service Disney+ in the US, Canada and the Netherlands. With content ranging from Disney and Pixar classics to movies in the Star Wars and Marvel franchises, it’s hard to believe that Disney+ won’t be a success. But what exactly can we expect when Disney+ is entering the market? In our new study, we reveal the impact Disney’s new streaming service will have on the market in the US, UK, Germany and Nordics. 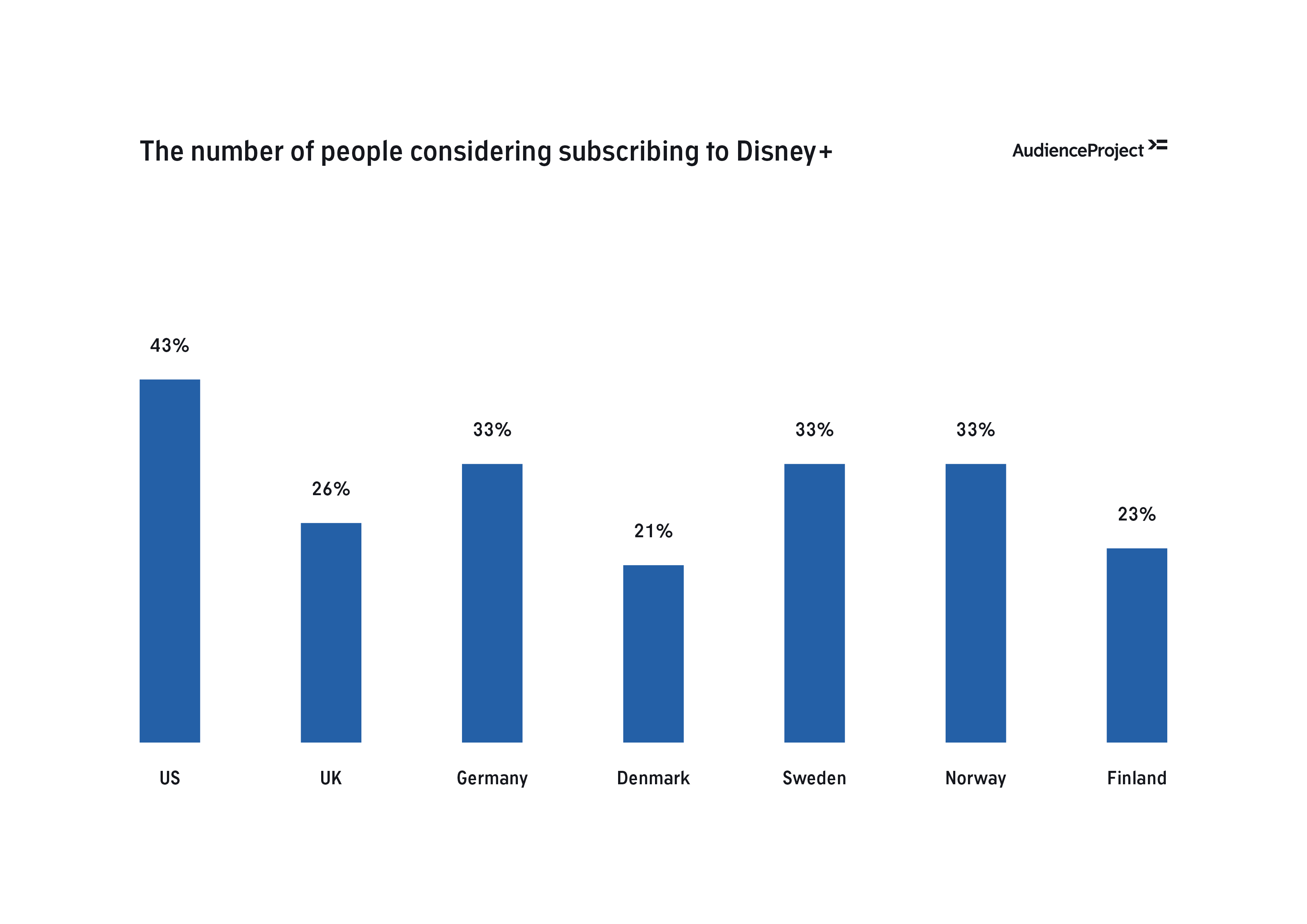 In the other countries covered in our study, the number of people who intend to subscribe to Disney+ doesn’t reach the same heights as in the US. In these countries, the level of subscriber-intenders ranges from one-fifth to one-third of the population. A common denominator for all countries, however, is that it is (perhaps unsurprisingly) primarily families with children that are expected to sign up to Disney+.

One thing is how many are expecting to sign up to Disney+, another thing is how this stream of new subscriptions to Disney+ will impact the existing players.

The good news for the incumbent services is that most people will keep their existing packages. However, about 40% of the subscriber-intenders in most countries expect to cancel their subscription to one or more of Disney’s competitors – in Finland, it is actually as many as three-quarters. Not surprisingly, Netflix is the streaming service that most people will give up. In the US, Norway and Finland, the likely drop will hit the hardest with 7%, 8% and 8%, respectively. 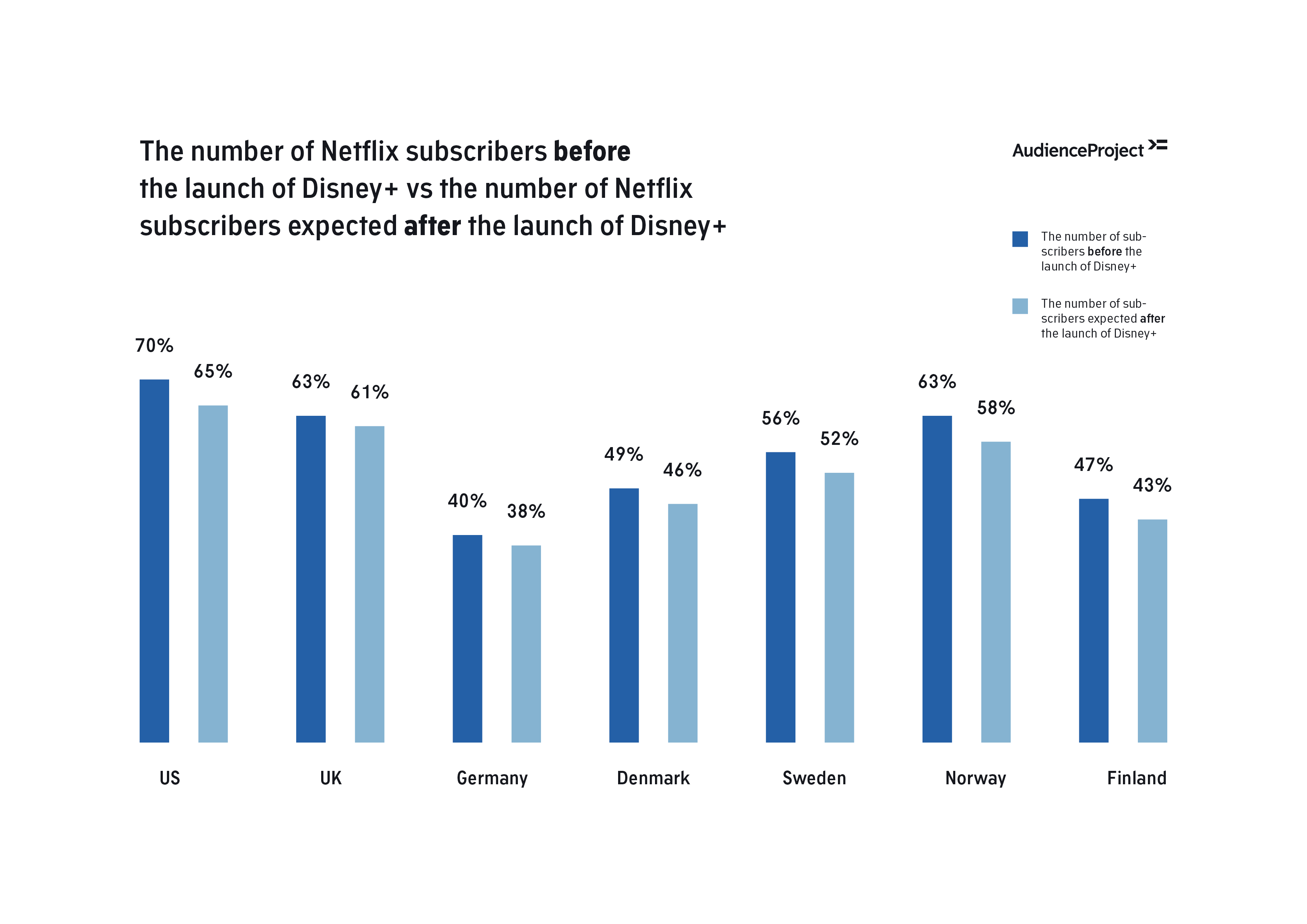 Netflix number one in all countries

Although Disney+ is expected to steal a substantial share of Netflix’s users, it is not all sour for the American giant. For the first time, Netflix is the streaming service used by most people in all the seven countries covered in our study – even in Finland, where the local broadcaster YLE up until now has been sitting on the throne. 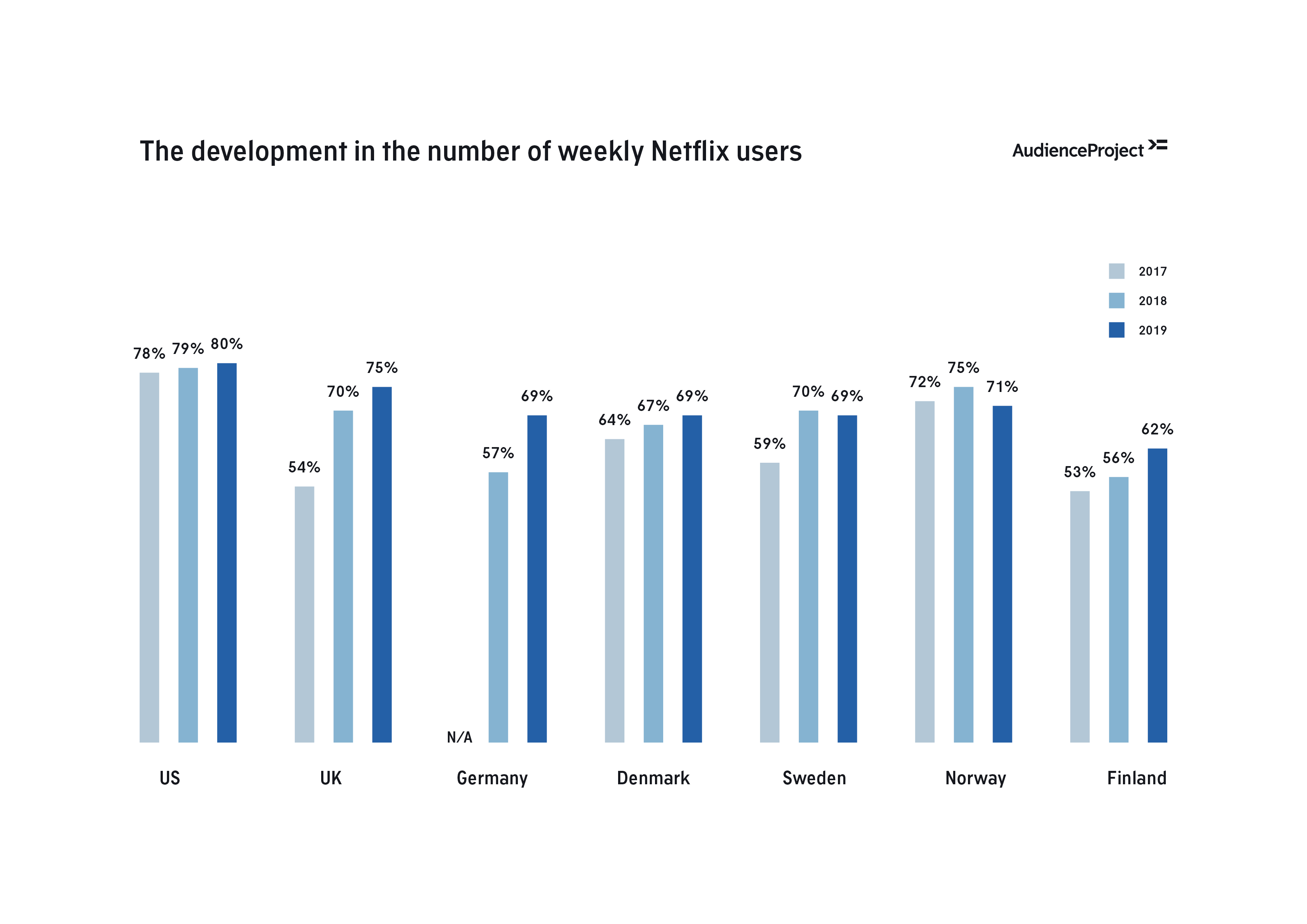 Talking about thrones, we see that the biggest jump in users in the Nordics is on HBO Nordic. The question is if it can hold that position in the North post Game of Thrones.

In our study, you can learn more about which impact the launch of Disney+ will have as well as get insights into the current state of the usage of traditional TV, online video and streaming in the US, UK, Germany and Nordics. Enjoy!

This article is republished from Audience Project under a Creative Commons license. Read the original article.

Mauritius Telecom Enter Into A ground-Breaking Football Partnership With Showmax

How Can Discovery Vitality Customers Watch Netflix For Free A Month